The female face of our Church 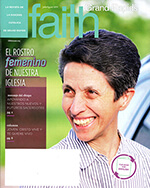 During the early days of Christianity women played an important role as evangelizers, financing in some cases the mission of Jesus and accompanying him in his travels. They also celebrated in community with him and participated in meetings and shared dialogue. Jesus initiates a new vision of women, giving them a leadership and a voice that they do not possess within the Jewish tradition of their time. Thus, Mary Magdalene had the privilege of being a witness of the Resurrection and with profound faith communicated the Good News. The doctors of the church, the blessed, and the saints are exemplary examples of the important role and contribution of women throughout the history of the church.

Mission and evangelization with the face of a woman …

Hispanic Ministry of the Diocese of Grand Rapids has not been oblivious to this presence and the contributions that numerous consecrated women have made throughout their walk, it is enough to mention Sister Guadalupe Moreno, Sister Kathleen Kaiser, Sister Rosa Sánchez Urbina, and Sister Trinidad Duque, who have left indelible traces of their contributions in several counties of the diocese.

The ministry of Sister Trinidad Duque, during her 17 years in the Diocese of Grand Rapids, deserves special attention because she will soon return to her homeland, Colombia. Sister Trinidad belongs to the Congregation of the Sister Missionaries of the Consolata, whose mission Ad Gentes, takes place at the crossroads of diverse cultures and global situations, living with people in the peripheries, and understanding how Pope Francis proclaims that the mission is at the same time “passion for Jesus and passion for people” (Evangelii Gaudium). The Congregation was founded by Blessed Joseph Allamano in 1910, and his memory is honored by two other blessed sisters, Sister Leonella Sgorbati and Sister Irene Stefani.

In referring to the charism of her congregation, Sister Trinidad expresses: “We are presence, accompaniment, and consolation in four continents.” She entered the Congregation in 1979 and spent two years in Rome as a temporary professed. Then, she returned to Colombia and was sent to Caquetá in the Amazon. Between 1987-1990, she finished her professional training in the United States and subsequently left for Tanzania in Africa. In August 2002, back in the USA, she joined the Hispanic Ministry team of the Diocese of Grand Rapids. Regarding this last experience, she comments: “Times change, needs change and priorities are seen. For example, within the communications area we started a radio program; training programs for leaders were designed and implemented, and collaborating with Jesuit Father Tom Florek, we developed the migrant ministry with their respective programs and activities. We organize the support group ‘Count on me’ for women with various difficulties. This concern for the dignity of women and family harmony is being extended thanks to a group of committed professional women who read the signs of the times and attend to them.”

Regarding migrant ministry, she explains: “For four and a half months each year we go out to the periphery, we go to meet the farm workers, providing them with a welcoming environment and opportunities for their growth in faith. This would not be possible without the priests who move from Grand Rapids and without the lay volunteers, ‘missionary disciples’ who donate their time, talent, energy, and resources to this mission.” In preparation for that stage of the year, Sister Triny organized formative meetings that provided volunteers with tools and guidance to carry out the pastoral mission. Its continued contribution to grassroots and migrant communities in the Sparta, Wright and Grand Rapids area is noteworthy. The migrant ministry includes an aspect of social assistance and the sister explains: “It is necessary to accompany the person in their situation, not only share food for the body and mind, but also to emotionally and spiritually accompany the migrant brothers and their families.” 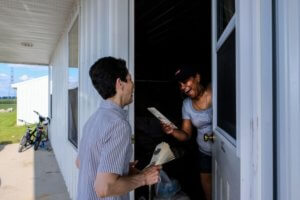 Sister Triny expresses her hope regarding the recently designed Pastoral Plan for Hispanic Ministry in the Diocese of Grand Rapids, after a long process of work carried out by a committee of leaders, with its six priorities: Family, youth, social justice, co-responsibility (stewardship), the formation of leaders, and evangelization. In relation to this commitment, she comments: “My hope is that these priorities will be developed in the parishes and in the diocese based on a joint pastoral and conscious that the protagonist of the mission is the Holy Spirit and the model is Jesus. One of my illusions, she emphasizes, is the awakening of the missionary disciples in the diocese, who are missionaries in constant attitude of exit towards the peripheries of the Church and society. Pope Francis has called an extraordinary missionary month in October 2019, what a great opportunity to develop and expand the missionary and evangelizing commitment in our diocese.”

Every farewell conveys feelings of sadness and in this case much more, because of the unconditional love placed in her ministry, with her presence open to dialogue and sharing, this will leave a difficult space to fill. We will miss her, without doubt, those of us who have participated in her projects and ministry. When asked about the reason for her departure, she tells us: “Why am I leaving? In our congregation it happens like the game of chess, when one of us moves, consequently, others move, and this has happened in my case. Due to our new missionary openings in Asia (in Kazakistan and Kirghizistan) eight sisters have been called from different places, and I am going to replace one of them in our community in Colombia.”

May the Holy Spirit guide you, Sister Trinity Duque in this new stage of your ministry, you will always live in our hearts and your example will be a guide and model to continue the missionary commitments in our communities. For all that we have received, we thank you and may God continue to bless you in your walk.

This article was originally published in the Spanish-language July/August 2019 issue of FAITH Grand Rapids Magazine. 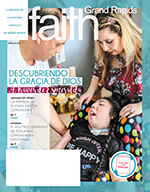 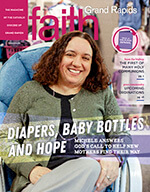 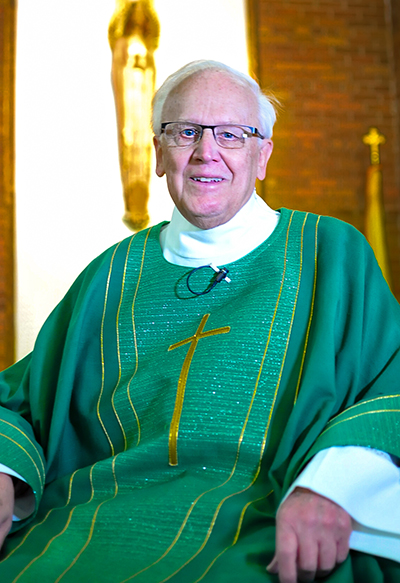 A life of self-surrender Read More 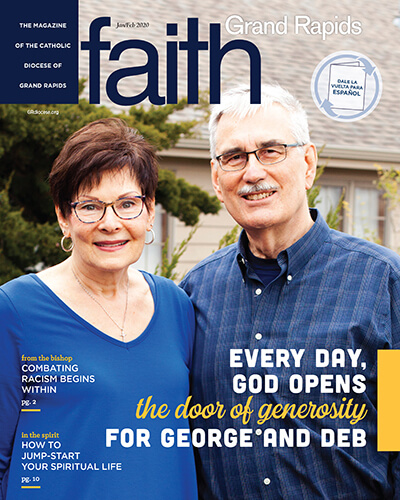 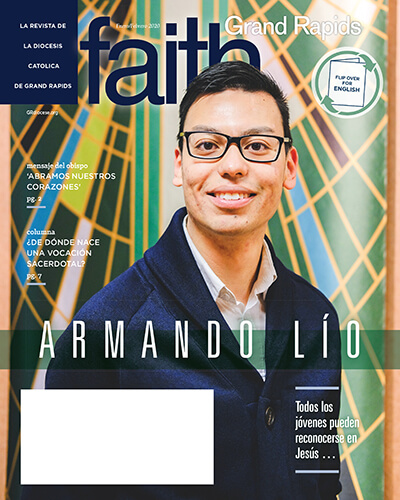 Armando Lío: All young people can be recognized in Jesus… Read More