Faith, history, ministry and ancestry symbolized in a shield

Developed during the Middle Ages, heraldry was a visual method of communication used to convey essential information about a person or a place.

As such, the episcopal coat of arms of Bishop David Walkowiak, the 12th Bishop of the Diocese of Grand Rapids, speaks to us without using words. The Catholic Church preserves this medieval custom of heraldry and assigns a coat of arms to every diocese and archdiocese in the world, as well as to every bishop, archbishop, cardinal and pope who oversees these areas of the worldwide Church. By interpreting the nonverbal language of heraldry, we can learn many things about our faith, our local Church’s history, our bishop’s ministry and his ancestry. Even the smallest detail can indicate a wealth of information. In our highly visual age, perhaps the graphic communication of heraldry can serve us well. 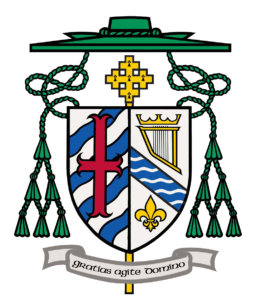 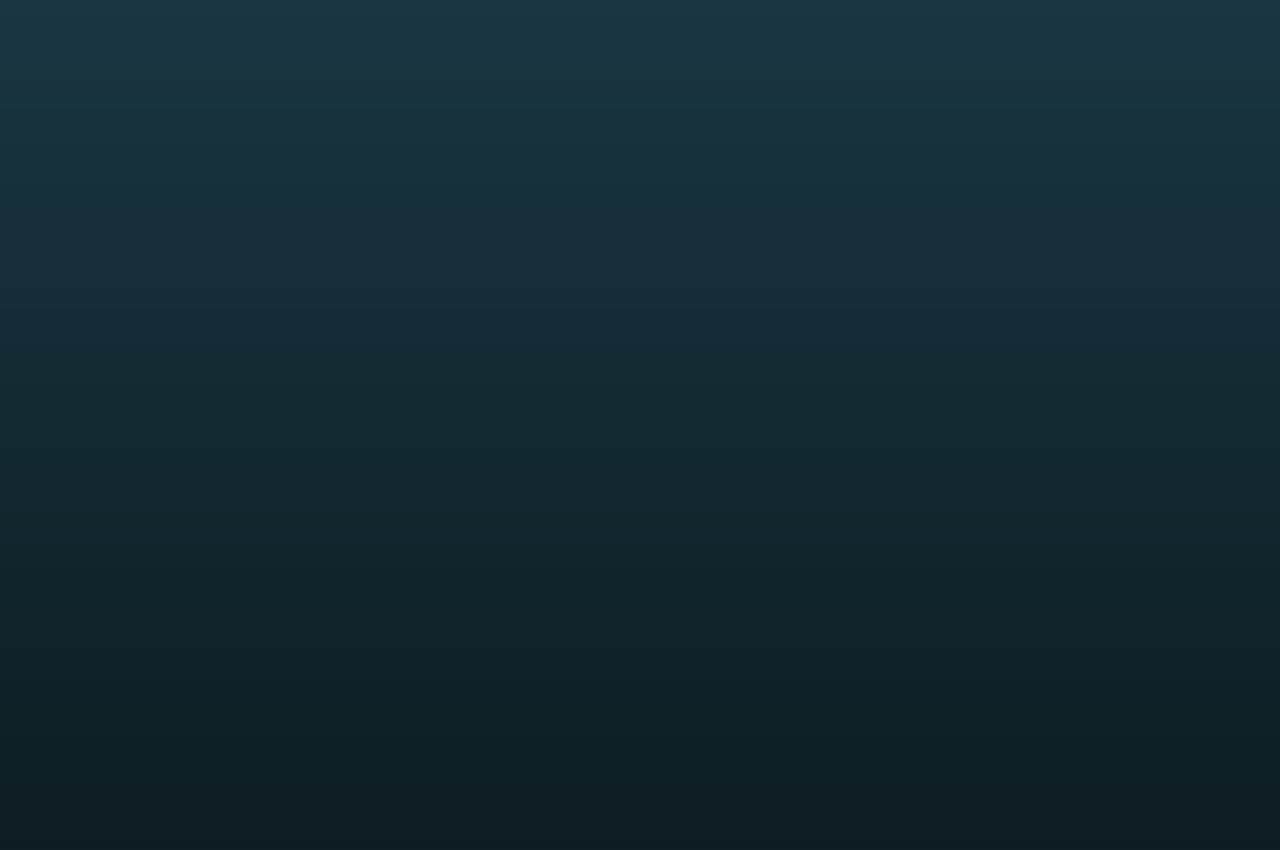 Heraldry of the Coat of Arms

The Charges of the Grand Rapids Diocese

In heraldry, a “charge” is any emblem or device occupying the field of a shield. A coat of arms is “charged with meaning” depending on these particulars. The Diocese of Grand Rapids was established in 1882 by Pope Leo XIII out of the Catholic community living in western Michigan, which at that time was under the jurisdiction and pastoral care of the bishop of Detroit. The coat of arms of the Diocese of Grand Rapids was created under the administration of the first bishop of Grand Rapids, Henry Joseph Richter. It gives witness to the heritage of the Catholic faith in the western half of Michigan’s Lower Peninsula as well as to the topography of the region.

This coat of arms is composed of a silver (Argent) field on which is charged a triad of wavy blue (Azure) bars that proceed from the upper right to the lower left (bendy sinister). In heraldry, this is a classic representation of falling water, as in rapids that would be found in a river.

This representation or “cant” is used to recall the site of the rapids in the Grand River where, in 1833, missionary priest Frederic Baraga (later the first bishop of the Diocese of Marquette) established the first permanent Catholic mission while the area was still a part of the Northwest Territory of the United States.

This water image on the Grand Rapids’ coat of arms further underscores the defining presence of Lake Michigan, the western boundary of the diocese. In religious terms, it is also a “cant” of the defining presence of Christ in this part of the world: “Jesus stood up and exclaimed, ‘Let anyone who thirsts come to me and drink. Whoever believes in me, as scripture says: ‘rivers of living water will flow from within him.’” (John 7:37-38) (NAB)

Emblazoned over the watery background of the coat of arms of the Diocese of Grand Rapids is a red (Gules) cross moline, the arms of which peel off into two curls at the ends. The word “moline” comes from the French moulin or “mill” since this cross resembles the curved extremities of a millrynd, the iron which supports an upper millstone. The agrarian roots of this cross’ shape suggest the wheat of the Holy Eucharist, the source and summit of the Christian community.

In the context of the Diocese of Grand Rapids, the shape of the cross moline also has other extended symbolic meanings. One is an “anchor” firmly set in the water. The anchor is an image of Jesus Christ, the security of the soul, and a sign of hope in troubled waters: “...we who have taken refuge might be strongly encouraged to hold fast to the hope that lies before us. This we have as an anchor of the soul, sure and firm ....” (Hebrews 6:18-19) (NAB) A secondary meaning of the cross moline is that of a pair of “fish hooks” at its extremities. This can be seen as a reference to St. Andrew, the fisherman, and the first apostle to be called by Christ. “… as (John the Baptist) watched Jesus walk by, he said, "Behold, the Lamb of God." Andrew, the brother of Simon Peter, was one of the two who heard John and followed Jesus. He first found his own brother Simon and told him, "We have found the Messiah….” (John 1:35. 40-41) (NAB) The Apostle Andrew is the patron of the cathedral of the Diocese of Grand Rapids. Bishop Walkowiak’s coat of arms will be displayed over the cathedra there.

The Charges of Bishop Walkowiak

Bishop Walkowiak’s personal coat of arms consists of a Silver (Argent) field, or base color, divided by a wide Blue (Azure) bend. The chief point of his shield depicts a Gold (Or) crown over a Gold (Or) musical lyre, i.e., “harp” of King David, the baptismal patron of Bishop Walkowiak. David, the second king of Israel who ruled from 1000-970 B.C., is an archetype of Christ who was of the house of David through Joseph, the spouse of Mary. The lyre beneath the crown refers to the episode recorded in 1 Samuel 16:14-23, where Saul, the first king of Israel, seeking relief from his troubles, called David, a shepherd from the fields of Bethlehem, to be his musician and eventually his armor bearer.

As a poet, King David is credited as the most prolific composer of texts contained in the Book of Psalms. In this application in Bishop Walkowiak’s coat of arms, the lyre represents the special bond a bishop has with his priests: “For your justly renowned presbytery, worthy of God, is fitted as exactly to the bishop as the strings are to the harp. Therefore in your concord and harmonious love, Jesus Christ is sung. And man by man, become a choir, that being harmonious in love, and taking up the song of God in unison, you may with one voice sing to the Father through Jesus Christ, so that He may both hear you, and perceive by your works that you are indeed the members of His Son. (St. Ignatius of Antioch, Letter to the Ephesians)

The lyre also signifies the multi-chord harmony that a bishop strives to bring to the whole Church under his care. “Where there are sins, there are also divisions, schisms, heresies, and disputes. Where there is virtue, however, there also are harmony and unity, from which arise the one heart and one soul of all believers.” (Origen, Homily in Ezechiel)

The ordinary, or the area that breaks the field color, of Bishop Walkowiak’s coat of arms is a Blue (Azure) band charged with five silver (Argent) wavy barrulets. In heraldic language, barrulets are used to describe a person who sets the “bar” of conscience, religion and honor against anger, passion and evil. These barrulets have been adapted from the coat of arms of Saint Mary Seminary in Cleveland, where the bishop received his early theological training and later was a professor for 20 years as well as dean of students for the last eight of those years.

The use of five barrulets represents the five Great Lakes.  Bishop Walkowiak’s family has lived in Cleveland, near the shore of Lake Erie for four generations.  Since his youth, he has spent time traveling through the Great Lakes region. His new home in the Grand Rapids Diocese is contiguous to the western shore of Lake Michigan.

The bottom part, or base point, of Bishop Walkowiak’s coat of arms features a “fleur de lis”, or "flower of the lily”, in Gold (Or).  In secular heraldic language, this signifies perfection, light and life.  In ecclesiastical heraldry, the fleur de lis is an emblem of the Virgin Mary.  And, with its three petals, it has also been used to represent the Holy Trinity.  However, in this particular “cant”, the fleur de lis here calls out St. Joan of Arc and the particular parish under her patronage in Chagrin Falls, Ohio, where Bishop Walkowiak served as pastor for seven years, prior to his being called to the episcopate.

In the year 1429, St. Joan commissioned a large standard based on a personal revelation from St. Catherine and St. Margaret.  In her own words, "The field of it was sown with lilies.”  That same year, in honor of her great deeds, French King Charles VII gave Joan a personal coat of arms, which contained two lilies.  In doing so, he connected the d’Arc  family with the royal surname “du Lys” – of the Lily.

Covering the top of the shield, and used in Episcopal heraldry since the Tenth Century is the “gallero.”  It is also known as a “pilgrim’s hat” because of its wide brim protecting the traveler from the elements.  In this context, the gallero indicates a bishop’s willingness to journey to distant places for the faith – while at the same time expecting the protection of the shadow of God as noted in Psalm 84:12: “For a sun and shield is the Lord God, bestowing all grace and glory.  The Lord withholds no good thing from those who walk without reproach.” (NAB)

The gallero has a cord attached to it.  It is flanked by two sets of six tassels, or “fiocchi.”  Originally this cord and tassels were a simple of way of securing the hat to the traveler’s head.  Tradition now dictates that a bishop’s gallero and cord are depicted in the color green, with six tassels arranged in three rows on either side, indicating the rank of bishop.

Above and behind the combined shields of Grand Rapids and Bishop Walkowiak, there appears a processional cross which further reinforces the theme of “bishop and his people as pilgrims” – persons on the move for the sake of the Lord’s kingdom. The particular heraldic cross used here is called “a crosslet.”  It is made from four Latin-styled crosses, arranged at right-angles to each other, with their tops pointing north, south, east and west.  The crosslet is a symbol of the essential missionary nature of the Gospels.  “He (Jesus) said to them, ‘Go into the whole world and proclaim the gospel to every creature’ … they went forth and preached everywhere, while the Lord worked with them and confirmed the word through accompanying signs.” (Mark 16: 15,.20) (NAB)

“Motto” is Italian for “sentence” or “pledge”.  It is customary for a new bishop to select a scripted motto to underscore and complete his coat of arms.  This serves as a motif meant to formally summarize his ministry.  This motto is usually placed on a ribbon or scroll at the base of the processional cross.  Bishop Walkowiak’s motto is in Latin: “Gratias agite Domino.”  In translation: “Give thanks to the Lord.”  It comes from his patron saint, King David, who penned these words as part of the 118th psalm.  It’s a song of joy for salvation, a hymn of gratitude and praise  “Give thanks to the Lord, for he is good, for his love endures forever.”  (Psalm 118:1) (NAB)

In Bishop Walkowiak’s own words:  “In verse 22 of that psalm we read:  ‘The stone the builders rejected has become the cornerstone.’  It’s a prophecy made by King David that has been fulfilled in Jesus, who inherits the biblical throne of David.  Gratitude, giving thanks, is the hallmark of spiritual maturity.  We need to pray for grateful hearts to recognize all that God has given us and done for us.  At the end of each day, we should recount the ways in which God has blessed us, gifted us, and be thankful, ‘for his love endures forever.’”

Prepared and executed for the Most Reverend David John Walkowiak in May of 2013 by the Rev. Timothy Pelc of the Archdiocese of Detroit, with the assistance of Stephanie Ruttinger and Christine Busque.