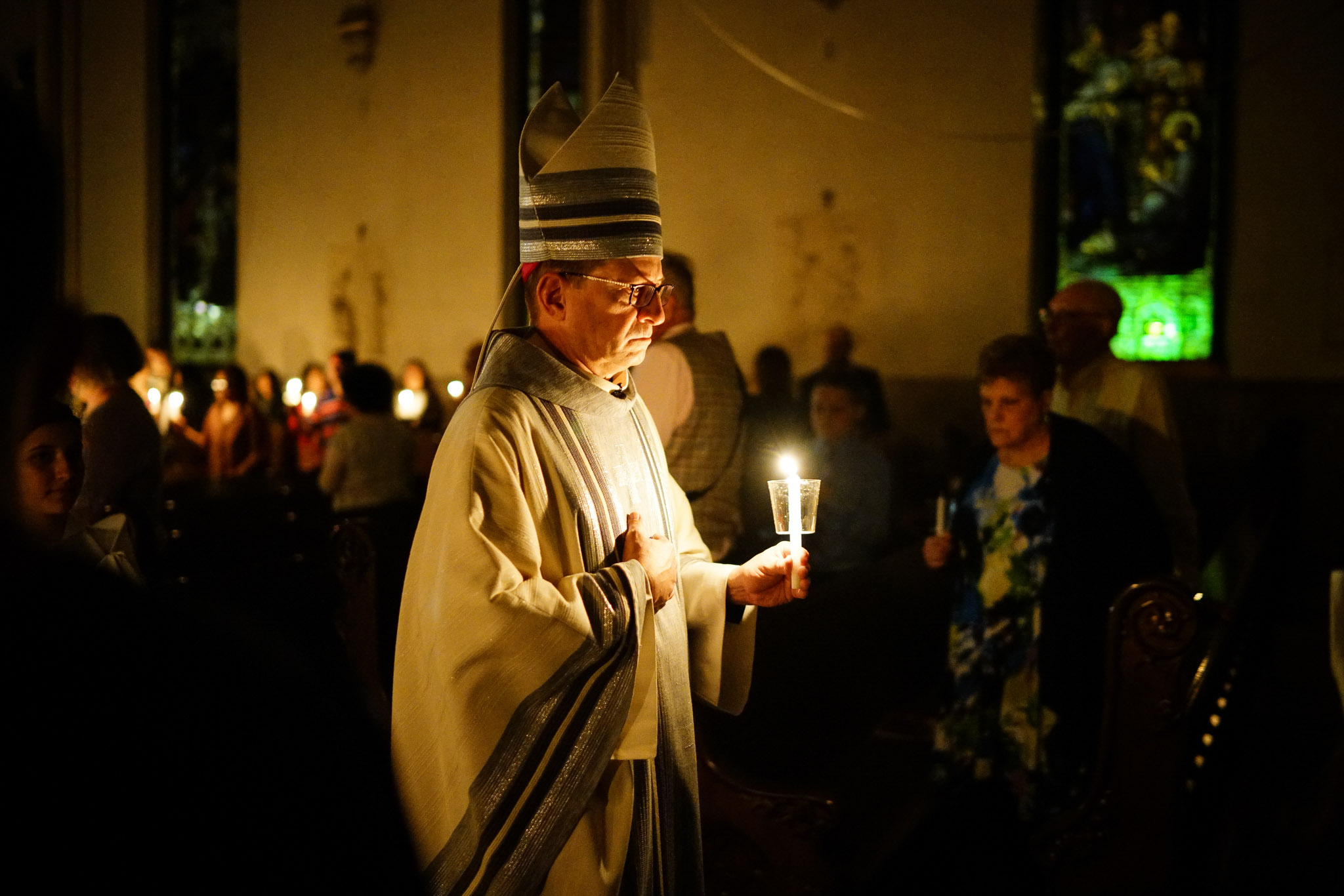 Bishop David J. Walkowiak was born on June 18, 1953 in East Cleveland, Ohio. He is the son of Dr. John Walkowiak of Rocky River, Ohio and the late Virginia Walkowiak. He has three sisters who live in Ohio: Sue Hannon of Bay Village, Jan Striegl of Avon Lake and Carol Duffy of Westlake.

Bishop Walkowiak attended Saint Bernadette School in Westlake, Ohio and graduated from Saint Ignatius High School in Cleveland. Heearned a Bachelor of Arts degree,in government and international studies, from the University of Notre Dame in 1975. He studied at Saint Mary Seminary in Cleveland and received a Master of Divinity in 1979.

Following ordination to the priesthood on June 9, 1979 by the late Cardinal James Hickey at the Cathedral of Saint John the Evangelist in Cleveland, he was assigned as associate pastor to Saint Mary Parish in Lorain, Ohio.

Bishop Walkowiak later studied canon law at The Catholic University of America in Washington, D.C., where he received a licentiate degree in 1984 and a doctorate degree in 1987. In 1986, Bishop Anthony Pilla assigned him to the faculty of Saint Mary Seminary in Cleveland and also appointed him vice chancellor of the Diocese of Cleveland.

In 1993 he began work as an adjutant judicial vicar for the tribunal appeals courts of Cincinnati, Ohio; Steubenville, Ohio; and Washington, D.C. In 2006, Bishop Pilla appointed Bishop Walkowiak pastor of Saint Joan of Arc Parish in Chagrin Falls, where he served until June 2013.

During his episcopacy Bishop Walkowiak has launched the Bishop’s Catholic Schools Initiative, restarted the permanent diaconate program, and approved a pastoral plan for Hispanic ministry as a few of his larger initiatives.

Installed as bishop of Grand Rapids